It’s been almost 10 years since I resigned from my full time sales admin job and took the leap in to full time self employment – it has certainly been an experience.

I have always been filled with ambition and so was confident that I could set up community classes and one day my own studio.

So when the bank manager said yes I brought me a van that I proceeded to fill with a boom box (so 1980’s) rebounders, boxing gloves and pads, powerhoops, yoga mats and at one point a suit case of dumbbells amongst other weird and wonderful pieces of kit including Jerry cans, tyres and battle ropes! 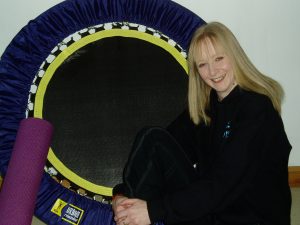 I navigated from one village hall to another via a school hall here and playing field there delivering a weekly timetable of workouts to eager locals who wore t-shirts and hoodies with MY logo.

And those pieces of branded clothing  kept me going on so many occasions – You see the fitness industry can be fickle.

Workout trends come and go, people have great intentions to get fit and healthy but can be disappointed by the reality. In January everyone wants to get fitter, healthier or lose weight, by February they have changed their mind. It’s dark and cold and wet by the end of October and indoors by the fire snuggled under an over-sized jumper is so much more appealing than dragging out in the cold to do a workout. Life happens and health and fitness take a backseat as the job, the family, the new puppy and even the housework take priority.

When the outgoings where higher than the income, when I didn’t know how many people were going to be at class and when I got so tired of being the cheer-leading positive Polly that I was expected to be I was ready to sell my kit and go back to full time employment.

Then I thought about the people who had paid me £10 for a T-shirt with my logo on. They had invested in to my brand, what would they think if I gave up my classes? They would be so cross – I couldn’t be responsible for that which meant I had to give classes one more term to try and make them work.

Less than 12 months later (and almost 6 years to the day as I write this) I picked up the keys for my studio. The space looked a little bit different back then… 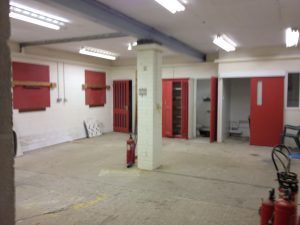 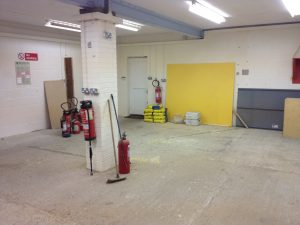 Even before I opened the doors in January 2014 there had been blood, sweat, tears, uncertainty and doubt but I had the greatest support to see the build (and myself) through – support I will forever be grateful for and never forget.

Did it get easier after the doors opened? Not so much, the studio has challenged me in very different ways each year. It’s brought highs the size of Everest, lows the depths of the ocean and enough tears to fill an ocean!

Complete physical, mental and emotional exhaustion have shown up at times and also fun, laughter and joyful successes for so many of my clients.

People and classes have come and gone, I’ve turned my hand to coaching a cheer squad, I’ve re-branded as a Wellness studio and I’ve thought about closing the doors and going to back to full time employment, probably more times than I should admit but yesterday I placed a new order for branded clothes for some of my current clients and so the story continues…